Understanding constipation during pregnancy can prevent unnecessary discomfort. Although it might an annoying condition, it isn’t uncommon issue and it affects almost half of pregnant women and about 20% after pregnancy.

The good news is that Constipation during or after pregnancy can be easily treated with simple physiotherapy treatment and constipation massage.

If you are an Axa or Bupa patient, you cannot book online. Please call our office with your authorisation number.

If you cannot find an appointment which suits you or would like a home visit, call us or send us a message: we will do our best to find you a slot.

How our physiotherapist treats constipation during pregnancy?

Based on your assessment, our constipation specialist will create a treatment plan, along with a diet plan and routine advices. She will also give you some constipation exercises to do at home.

Constipation Treatment with our Physiotherapist in London at Our Practices in Monument Moorgate EC3, Belgravia SW1 or Clapham SW4.

Our Constipation specialist can treat you at:

Our Physiotherapist offer constipation treatment at home during or after pregnancy. If you cannot travel to our practice our physiotherapist constipation specialist can treat you in the comfort of your home. Call us to book your appointment.

If you are an Axa or Bupa patient, you cannot book online. Please call our office with your authorisation number.

If you cannot find an appointment which suits you or would like a home visit, call us or send us a message: we will do our best to find you a slot.

What are the cause of women constipation during pregnancy?

The main cause for constipation during pregnancy is the changing hormones in your body. Progesterone, which is produced in higher levels during pregnancy, causes your bowel muscles to relax and as a result slows the transit of food through your digestive system. This happens so more nutrients can be absorbed from food for you and your baby.

The growing uterus is also putting extra pressure on your rectum, thus making it harder to move as it used to. Also vitamins and iron supplements, which are usually prescribed to pregnant women, contribute to the condition.

What are the symptoms of constipation during pregnancy?

The usual symptoms of constipation are lower abdominal pain and difficulty with bowel movement or having bowel movements every few days only. It isn’t a dangerous condition, but it can be very uncomfortable, especially if haemorrhoids start developing. In order to avoid that, you should not ignore the symptoms and you should take action as soon as possible.

What are Hemorrhoids and the symptoms?

Hemorrhoids, also known as piles, are swellings containing enlarged blood vessels that are found inside or around the bottom. Symptoms are bleeding, itching, lump, mucus, soreness, redness and swelling.

Natural treatment against constipation during pregnancy

Book 10 sessions Get One Free

Mix and match any of our treatments  Physiotherapy, Osteopathy, Pilates or Personal training

Call our office or ask your therapist for details 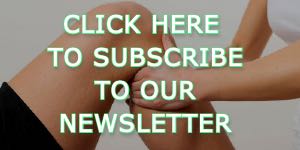